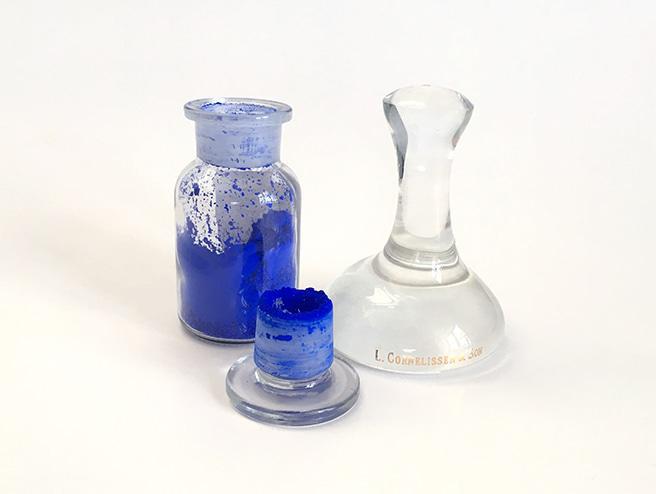 Pigments are small particles of coloured material and can be found in paints as well as other art materials such as pastels, inks and coloured pencils. Pigment is what gives these products colour and generally speaking the quality of the pigment defines the quality of the product. Paints are created by mixing pigment with a binder such as linseed oil for oil paint, or an acrylic binder for acrylics. The binder, or ‘vehicle’, is often a neutral or colourless material that suspends the pigments and allows the paint to adhere to a surface.

While today we have such a wide selection conveniently available at our finger tips, this wasn’t always the case. Way back in prehistoric times, basic pigments were made using animal blood, charcoal, chalk, and clay. Colours were very limited and only the basic earth tones such as red ochres, yellow ochres, browns and black were available. Cave paintings are some the first examples of how pigments were used by humans, and amazingly are still visible after thousands of years!

In the 16th Century new colours were being found and created through experimentation and sometimes by chance. Blues, reds and yellows were becoming available and through various trade routes would travel great distances across the globe. Rare pigments were very sought after, and some were even more valuable than gold! Blues and purples were particularly hard to come by, and very expensive, and as a result they became associated with wealth and royalty. Tyrian purple pigment was made through a process of extracting mucus from a specific species of snail (thousands and thousands of snails would be used to create just a small amount) and ultramarine blue, a more commonly known pigment, was made by finely grinding the lapis lazuli stone. 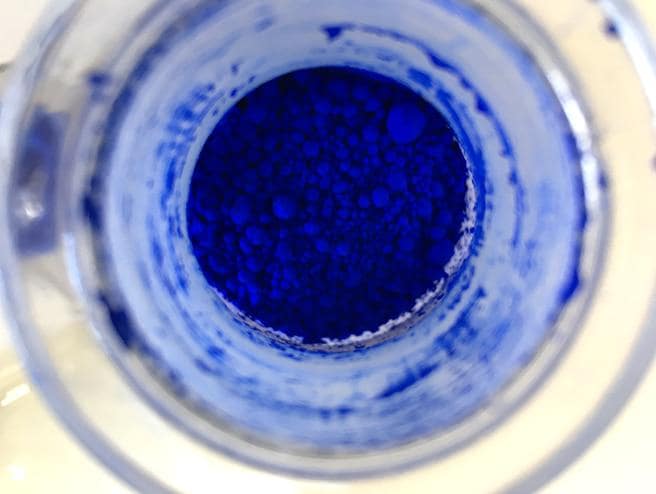 The industrial revolution brought with it a whole new world of colour as well as the introduction of synthetic pigments. This meant that colours became more accessible and more affordable. The first synthetic pigments included lead white and Egyptian blue. Unfortunately it was only much later that they discovered lead to be toxic to humans. In fact many pigments created were later found to be unstable and hazardous and often would cause illness. Lead white is one such pigment, which was not only used in paints but also interior design and make up. Other colours include the cadmiums, vermillion (contained mercury) and emerald green (contained arsenic). Modern pigments are often called hues as they don’t contain the traditional pigment but are rather a mixture of other pigments that come close in colour to the original. This is often because the traditional pigment is undesirable (toxic or unstable) or no longer available. Examples of pigments that are no longer created in the traditional way are Indian yellow, which was made from the urine of cattle fed on mango leaves (this was later banned as it was found to be inhumane), and carmine which was made from crushed cochineal beetles (although some manufacturers still make use of this method today).

Non-toxicity, stability and permanence are three of the most important qualities in modern pigments and paints. There are strict rules and regulations around health and safety and many of the traditional pigments mentioned above have been banned from countries across the world. Aside from health and safety, most modern artists are particularly interested in the longevity of their work. While many old masters’ works have become faded, fragile and damaged over the years due to inadequate materials, modern technology has allowed for the advancement in art materials, making paints not only safer but longer lasting too. Permanence refers to the lightfastness of a paint, as well as its longevity. Pigments that aren’t permanent are called ‘fugitive’ and will either fade over time, change colour, or blacken. Permanence is often noted on the packaging of paints with the best quality paints having the highest permanence rating.

Another notation you may notice on paint tubes is the opacity. Different pigments have different opacities. Some are more opaque, such as yellow ochre, cerulean, cadmium yellow and raw sienna, others are more transparent such as quinacridone, pthalo blue, azo yellow and viridian. Different pigments also offer different drying times in paints. Manufacturers have developed mixtures that have evened out the drying time across different paint colours, but not 100%. Cobalts, umbers and other earth tones are generally fast-drying, whereas titanium white, ultramarine and most reds have a slower drying time.

Often paints with the best pigments – as well as a high pigment saturation – will be the most expensive on the shelf and these paints are often referred to as ‘artist’s quality’ – the same goes for pastels, inks etc. Sometimes these artist’s quality paints also contain the traditional pigments, which adds to the price.

We are so lucky in this day and age to have so many colours available to us and across such a wide range of materials and price ranges. A world without colour would certainly be dull! We have included this fascinating video showing a collection of some of the world’s rarest pigments which are kept at the Harvard Art Museum in Cambridge. This includes a brown which was extracted from an embalmed mummy (true story)! Have a look here:

Sign up for our newsletter
Be the first to know about
new products and promotions.
Convenient Delivery Options
Get your Deckle Edge online order via courier or Pargo pick-up point, or collect from our Salt River branch.

You forgot to select your pick up point!
Remember, we have pick up locations throughout the country, just pick one!

Getting ready for the 2020 academic year? We’ve got you covered!

For scholars going back to school, check out our range of Back to School stationery at 20% off.

If you’re a student heading off to college, visit our Back to College page to find out about discounts and kits.