In today’s day and age canvas is generally made from cotton or linen. Historically canvas was produced from hemp fibers.

Canvas is one of the most used substrates for artists to paint on. It is a plain woven fabric  commonly stretched over a wooden frame or panel. Although many artists prefer to work on unstretched canvas and will only stretch their works onto a frame after completion.

At The Deckle Edge we have an assortment of stretched cotton canvas as well as specially made stretched Belgian linen canvas. We also keep unstretched cotton and linen which you can get per meter from a roll.

People often ask what the differences between cotton and linen are and what benefits each can give you as an artist. 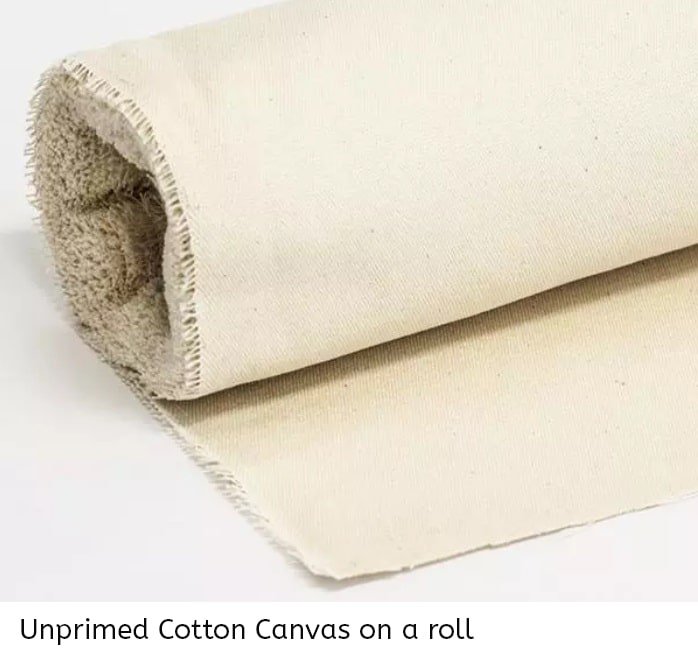 Cotton canvas, also called cotton duck, is made of fibers harvested from the cotton plant.  It is a soft fiber that has a lot of stretch. As a canvas fiber it provides a great amount of stretch and can be pulled exceptionally tight around a wooden frame.

Due to it’s stretch cotton becomes less viable to use on large frames. Stretching cotton duck on large frames often result in the surface becoming less taught. This can be counteracted by using a thicker weave of cotton, but it does have its limitations.

Widely cultivated, cotton is comparatively a lot more affordable to produce than linen. Cotton canvas therefore is very popular for those who are conscious of their budget. Since the advent of acrylic paints, which are more affordable than oil paints, cotton duck has increasingly become more widely used than any other canvas. 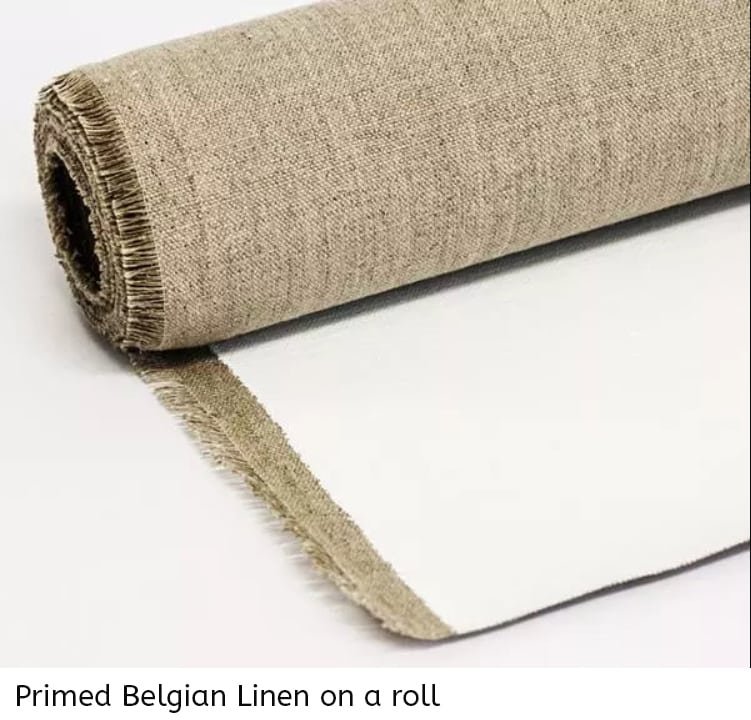 Linen on the other hand is produced from the fibers of the flax plant. Flax fibers , when woven into linen, has very little stretch but are exceptionally strong compared to cotton. As a canvas fiber it is very durable and resists damage from abrasion, making it a great choice for artists who tend to have a heavy hand.

Due to its strength and low elasticity it can’t be stretched too tightly around a wooden frame. If you stretch it too much you can damage the stretcher. Linen is great for larger stretched canvases as it is less likely to become slack.

It is also less prone to expansion and contraction due to water absorption ensuring that your paint adheres to the substrate much longer than most other substrates. The flax fibers also retain most of their natural oils. This helps the fibers retain some of their flexibility and prevents it from going brittle over time.

So if you want your painting to last, then linen is definitely a good investment.

Although produced all over the world, most high quality linen is produced in Western Europe. The Deckle Edge stocks Belgian Linen , which is regulated under the The Belgian Flax and Linen Association.

The Deckle Edge carries both primed and unprimed canvas. If you would like to prime your own canvas read our blog Gesso for beginners- Click to see

Sign up for our newsletter
Be the first know about
new products and promotions.
Convenient Delivery Options
Get your Deckle Edge online order via courier or Pargo pick-up point, or collect from our Salt River branch.