The different types of black paint 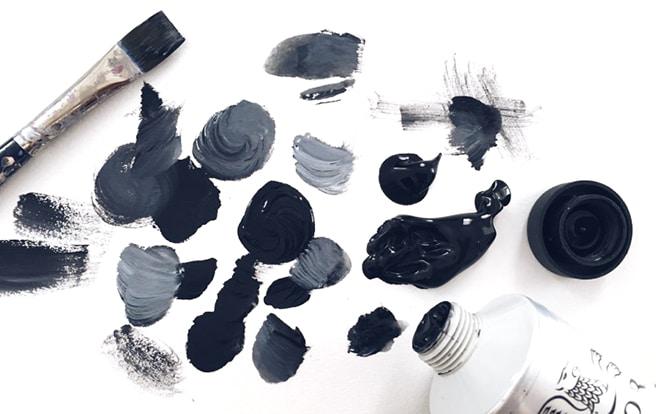 Historically Ivory Black was made from carbonising boiled ivory wastes, but today it is made from the dry distillation of degreased animal bones. Ivory Black is opaque, and a good general-use black which has a brownish tone to it.

Lamp Black used to be made from the soot that would accumulate on old oil lamps. Nowadays it is produced in a more efficient way and contains pure carbon which is gained from an incomplete burning of oil and gas. It is the most transparent of the blacks and appears quite blue. Both Ivory Black and Lamp Black are considered a type of “carbon black” because of how the pigment is made.

Mars Black is made using a synthetic and inorganic pigment. It is considered the most non-toxic black paint and is opaque and fast drying.  It is more of a neutral black which means it is good for mixing and does not appear too blue or too brown. Here’s a fun fact – apparently Mars Black is slightly magnetic!

Payne’s Grey is a very dark blue grey that is more subtle than most blacks. A good option for those who want a dark paint but do not like to work with true black in their work (black can be a bit of a controversial colour! – here’s an interesting article on that matter.)

For those who don’t want to use a true black paint in their work, it is also possible to mix very dark, black-like hues using a combination of various colours such as: Burnt Umber & Prussian Blue, Quinacridone Crimson & Pthalo Green, Ultramarine & Alizarin Crimson and many more.

Gilsonite (asphaltum) pigment is otherwise known as bitumen. It’s a transparent, brown-black brown mineral pigment that was very popular in the 18th Century. This pigment is mainly sourced from the Uintah Basin of Utah and Colorado, United States. The transparent colour is typically used in glazes to achieve depth and warmth in shadows. Interestingly, Gamblin has recreated Asphaltum using Transparent Mars Red and Bone Black to create a lightfast, permanent paint true to the historic colour. 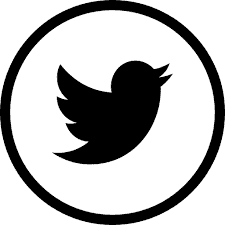 Sign up for our newsletter
Be the first to know about
new products and promotions.
Convenient Delivery Options
Get your Deckle Edge online order via courier or Pargo pick-up point, or collect from our Salt River branch.

Due to the COVID-19 shutdown, we can’t take your order right now. You can continue to browse our product catalogue. You can still email us on hello@deckleedge.co.za and we will try to answer if we can. All the best to you and yours. Dismiss

You forgot to select your pick up point!
Remember, we have pick up locations throughout the country, just pick one!

Due to the COVID-19 shutdown, we can’t take your order right now.

You can continue to browse our product catalogue.

You can still email us on hello@deckleedge.co.za and we will try to answer if we can.

All the best to you and yours.